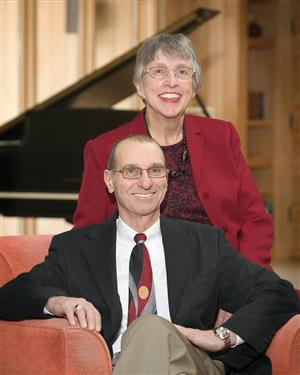 Judith S. Liebman began her career at the University of Illinois at Urbana-Champaign in 1972 as an assistant professor in the Department of Civil and Environmental Engineering, later moving to the Department of Mechanical and Industrial Engineering. From 1986 to 1992 she served as Vice Chancellor for Research and Dean of the Graduate College. She is Professor Emerita of Operations Research in the Department of Mechanical and Industrial Engineering at Illinois. She holds a Ph.D. in Operations Research and Industrial Engineering from The Johns Hopkins University and a B.A. in Physics from the University of Colorado. She has chaired the Advisory Committee for the National Science Foundation Engineering Directorate. Her other service has included membership on the Army Science Board and as president of the Council of the Operations Research Society of America. She has served on the University of Colorado Foundation Board of Directors and its Board of Trustees. Liebman has authored or co-authored many research publications and received numerous awards for excellence in teaching.

Professor Jon Liebman joined the faculty of the University of Illinois at Urbana-Champaign in 1972 as a Professor of Environmental Engineering.  During his tenure he was Associate Head of the Department of Civil Engineering from 1976-1978, and Head of the Department for six years from 1978-1984.  Professor Liebman retired in 1996 and was conferred status as Professor Emeritus.  Among his many honors are being named the first recipient of the UIUC College of Engineering Rose Award for Teaching Excellence (1997); Distinguished Engineering Alumnus Award, College of Engineering, University of Colorado at Boulder (1998); Tsuan Hua Feng Distinguished Lecturer, University of Massachusetts (1998); and induction into the Society of Scholars, The Johns Hopkins University (1999).

The Judith S. and Jon Liebman Gallery will serve as a collaboration space for students. Avid collectors of contemporary glass art, the Liebmans are donating an art glass piece entitled ”Engineer,” by British artist David Reekie, that will be displayed in the space.

Additional funding is required to fully furnish this space.